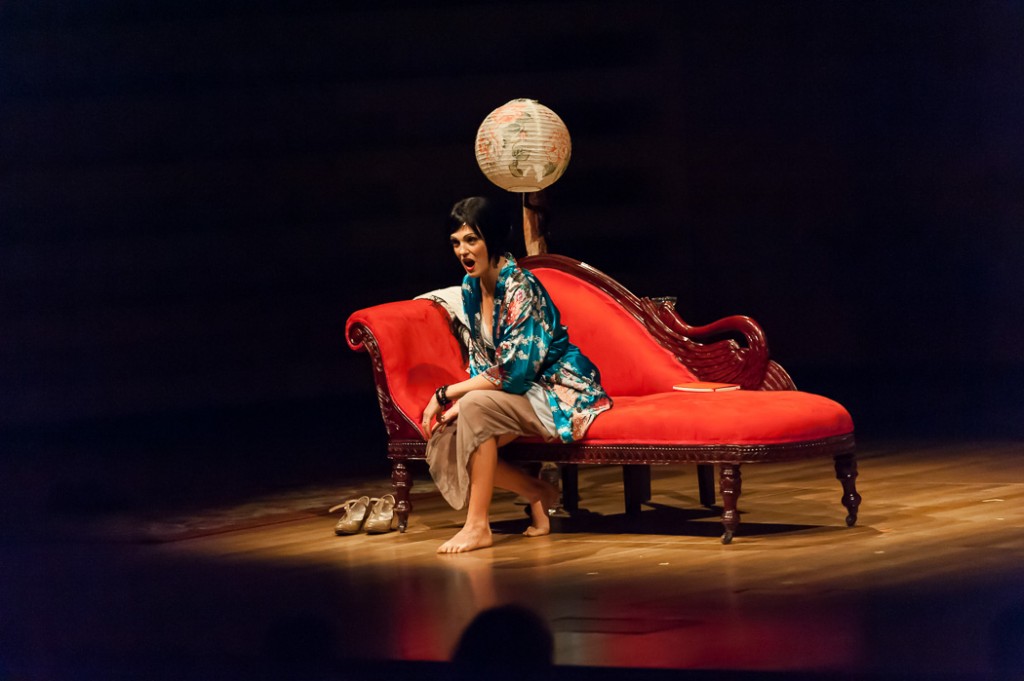 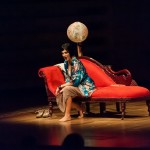 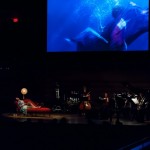 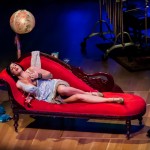 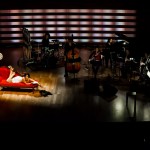 “The struggles and grief of Nin, through the writing of Andriessen, was evident and Nin’s inner turmoil was brought to life through Guinta’s singing”. New Music Toronto

The thrill of diving into a soul:

Louis Andriessen’s solo chamber opera, Anais Nin, was produced in concert in 2014 as part of Koerner Hall’s 21C Festival. The piece demands fierce vocal and artistic courage from a singer. The text is culled from Nin’s diaries and the score reveals layers of raw emotional complexity and detail. Wallis and I dug deep into the minutia of the score. I encouraged her to allow the music to connect the dots between her own and Nin’s physicality. Once she had the score in her body, the power and freedom of her own ‘Anais’ began to emerge. The score includes notation for soundscape and also calls for video segments during key passages. Filmmaker Valerie Buhagiar ‘s stunning videography opened a window into Nin’s soul. This was an intense and totally rewarding journey for everyone involved.