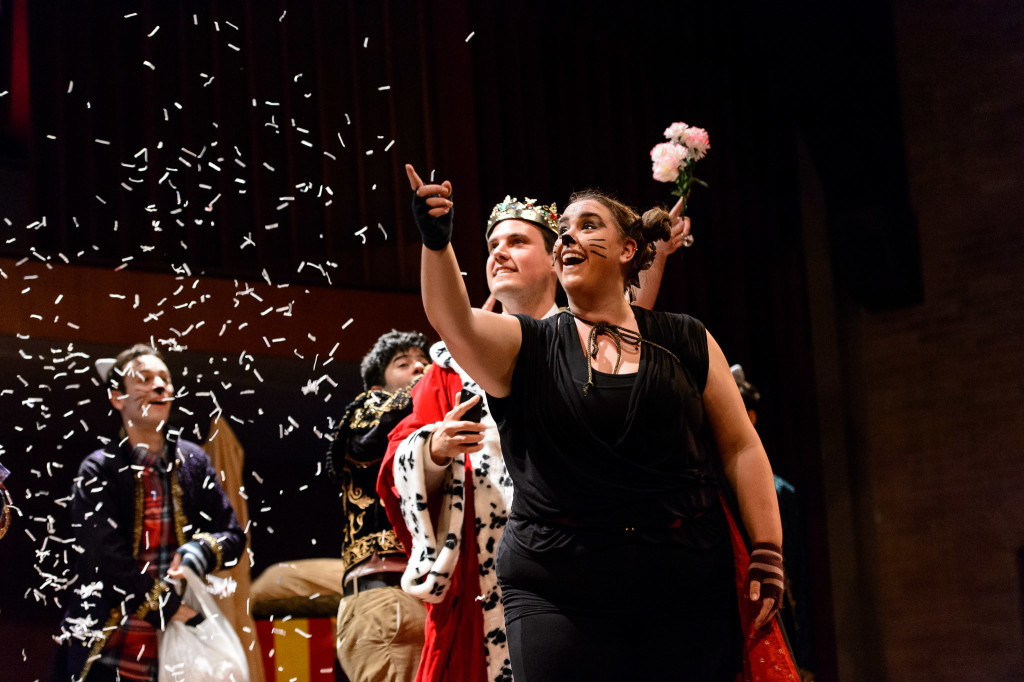 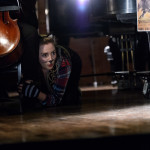 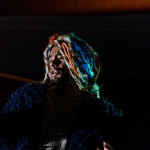 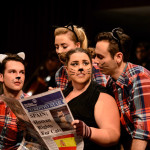 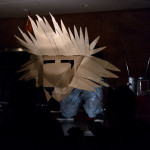 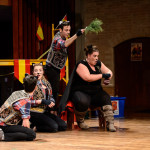 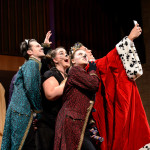 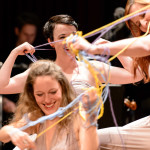 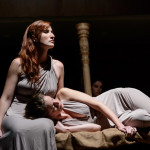 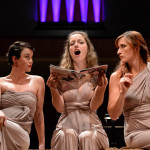 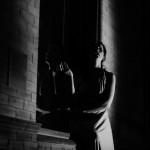 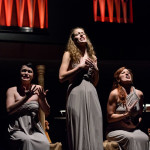 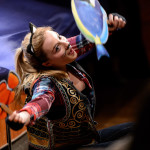 “The production was full of play. The intimate space, and the stage they shared with a decently sized orchestra, meant that there was little place to hide behind special effects. Balkan played with these limitations in really creative ways. The “supernumary” cats helped create a hilarious, raging river for The Miller to almost drown in, and bored flashlight play punctuated The Ogre’s incessant shapeshifting. They even set loose  ( into the audience)a herd of balloon-animal rabbits for the cats’ hunting prey…
I loved the surrealistic vibe of the show, and how the “show” interacted with the orchestra and the audience.”
Jenna Douglas, Schmopera

“..the women traded the folk songs as if in conversation with each other. They exchanged jokes and games, tales of lovers dead or far away, and shared the odd dirty story…beautiful to watch;  a timeless telling of these stories”
Jenna Douglas, Schmopera

“much of the success of the piece must go to the high energy and quite physical approach of the singers… The lighter, even absurdist, elements of the plot were rather played up, and to good effect, in Liza Balkan’s production.”
John Gilks, operaramblings

Why I love working with talented and courageous young artists:

In 2015 I directed a double bill of Xavier Montsalvatge’s Spanish chamber opera El Gato Con Botas and Luciano Berio’s multi – lingual Folk Songs for the Royal Conservatory of Music. My approach to each was as different as the operas themselves. Linking both, however, was a desire for story telling that embraced surprise, humour, truth, freedom of play and a willingness to be fearless and intimate with the audience, in the beautiful Mazzoleni Hall.

The sly and delicious score for El Gato calls for fairy tale magic: transformations, a dancing lion, parading rabbits and birds, and scenes by – and in – a river. The budget was very limited, as was the wattage for tech in the hall itself! Creating a sense of magic was going to be an interesting challenge. I very much wanted the (primarily adult) audience to return to the wonder and crazy humour of being a child for our Puss in Boots. After much head scratching into the wee hours, I happened upon an article while Googling “ Cats in Spain.” It spoke of a recently enacted law demanding “Human Rights for Cats “( and other animals) in the small Spanish village of Trigueros del Valle . Ole’!

I decided to begin our opera in an alley in Toronto and added three extra feline friends for our lead. We meet Torontonian versions of the other characters on this city street. Upon discovering the news article in the garbage on the sidewalk, El Gato, who longs for respect, falls into a cat nap and dreams of Spain and empowerment.

Thus, our Fractured Fairy Tale began. Rocky and Bullwinkle were two of my very private mascots for this production!

Because we were singing in the original Spanish, sans super titles, I wrote additional English dialogue to connect the scenes. I also encouraged the singers to discover their own dialogue through improvisation during rehearsal. These spoken moments were created to guide the audience through the story, allow them into the inner worlds of the characters, and keep the intimate, present connection between everyone the room. Feeling empowered by this demand, the singers were soon devising text with much ease, humour, ownership and aplomb!

The score’s “ magic” was created, in part, via immersive action for the audience. I incorporated the entire hall in the staging. For Montsalvatge’s “ dance of the rabbits,” dozens of rabbit balloons were tossed out amongst the viewers. The river literally flew over their heads into place. The king encouraged audience members to join in on his Selfies…The chamber orchestra shared the stage with the singers and I included them in the story telling as well, during key passages.

The singing was glorious and just as I had hoped, a shared sense of joy and wide-eyed, crazy wonder enveloped Mazzoleni Hall.

Berio’s Folk Songs are intimate and universal. Sung in English, French, Spanish, Italian and Azeri, this song cycle is filled with passion, humour, rage, joy and longing. Originally created for solo voice, our production was staged with three talented, young, mezzo –sopranos. Music Director Peter Teifenbach arranged some of the songs as duets and trios; other remained as written. Rather than attempting to create a story line per se, each song became a snap shot of a shared moment; each moment interwoven into the next.

Much of the initial staging work with the singers was about guiding them inward toward their own personal connections with any given piece. The emotional line of each song became a deeply personal journey, shared by each of the women, regardless of whether they were singing or not.

I was going after a rawness and a truth that can be a challenge for many singers, especially those who are younger in their careers. It was inspiring to watch them begin to risk a deep dive into the material. They became beautifully empowered as singers, as artists and as women. This lead to a palpable connection between the three. This link extended to the onstage chamber ensemble and the audience. The work soared.

With both opera works on this double bill, I felt honoured by the singers’ trust in me, and thrilled by their growing, freedom and power as performers.