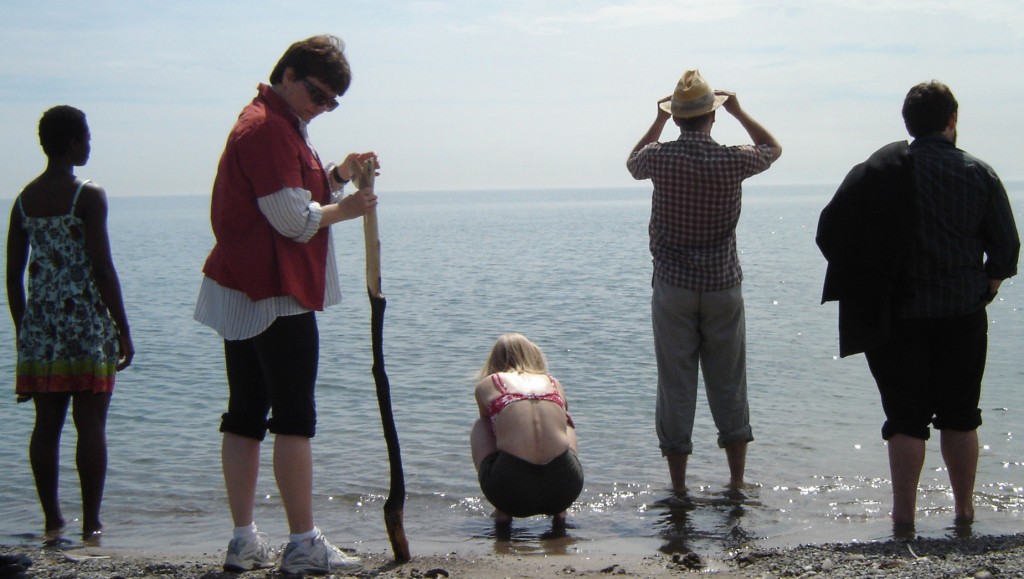 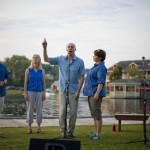 “The rhythms of life, love and longing swirl evocatively…Under Liza Balkanʼs inspired direction, the talented, grounded cast brings out all the colours and textures in Redhillʼs text, while Millerʼs songs – alternately playful and profound – connect with the soul. “- Glenn Sumi NOW Magazine

I wanted us to create a collective sense memory:

This a capella song cycle was performed first in concert at assorted venues throughout Ontario and then, as a fully staged piece of theatre for Toronto’s Summerworks Festival. I wanted to offer the audience a sense of respite from the city and the feeling of being enveloped by nature; of being “away”. For the staged version, I began the piece by surrounding the audience with an increasingly deafening city sound scape. At its crescendo, it went silent. After a moment: A frog’s croak. The singers were placed in the house. They began by sharing their simple longings for Lake Nora with those around them. Eventually, their longings for water and nature had them following a boat’s light in the distance – toward the stage. I wanted the audience to feel as though they were joining in on this invitation into a more natural world. Lindsay Ann Black’s set was minimal: a rock, a worn, wooden memory of a door, a swath of blue diaphanous cloth that became the lake before our eyes, as the singers performed.

The glorious harmonies of Lake Nora Arms are filled with wry humour, discomfort, hopes, longing, sex, rain, hellos and farewells…and the many complex layers of emotions flowing beneath calm, distant waters. My desire was to create a space that allowed the audience to dip their toes – and memories – into these waters, for a spell.